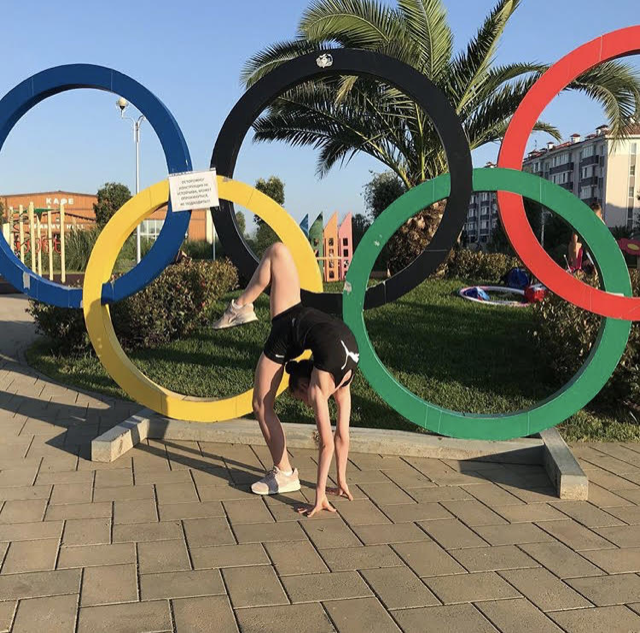 Many of our clients know that Huw’s daughter does a bit of gymnastics. This summer she had an exciting adventure…

If you stand outside my house very early on any Saturday morning, you will see me jumping into my mum’s car with a large sports bag and a hoop. Reason being, I am a rhythmic gymnast who represents Wales and Great Britain, and every Saturday I travel to Cardiff to train with the National Squad for 6 hours.

I have my dad’s Welsh ancestry to thank for my place in the team, but anyone who knows our family, with names like Eirlys, Dylan and Huw, it’s a bit of a giveaway!

I’ve been in the Welsh squad for the past 4 years, and over this time have been given some superb opportunities including trips to Serbia and Spain. This summer was the best yet though as I got invited to travel to Sochi in Russia for a 14-day training camp.

Our squad of 8 gymnasts ranging in age from 11 to 15 were feeling apprehensive as we flew out from Heathrow at the start of August with our two coaches. Our main concerns were – how hard would the training be, how would we understand the Russian coaches and most importantly what would the food be like!

We stayed in the athlete’s accommodation from the 2014 Winter Olympics and travelled each day to our training venue which was the former Olympic speed skating arena. For Formula 1 fans who watched the recent Russian Grand Prix – the arena is in the middle of the circuit. 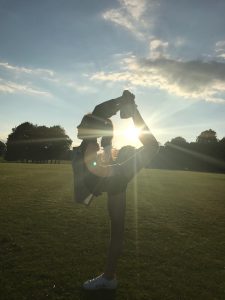 top gymnasts are treated like celebrities. They currently boast both the Olympic and World Champions and we were lucky to meet and be coached by many champions, past and present when we were there.

Training was hard – 9.00 – 6.00 everyday – with one day off in the middle to visit the mountain resort where the ski events had taken place. The language barrier was a challenge, but we had a lovely interpreter called Oleg who helped us throughout the week. I did manage to learn a bit of Russian, I can now count to ten and another word we used a lot was благодарю вас pronounced Spasiba. Can you guess what that means?

Sochi is also a very popular beach resort so we managed to squeeze in a few hours at the beach on our days off, so it wasn’t all work and no play.

All in all, it was a superb experience, not just travelling to a country like Russia but having the opportunity to learn from the best.

“I have worked with Russell Haworth of Proposito for 12 years now, and during that time I have been given very good and professional advice.

We have regular face to face meetings including the use of their bespoke computer system showing my current and future financial positions, which I find very helpful in explaining the different scenarios for my forward planning. I have always been keen to have a low risk strategy for my portfolio, and this has always been managed to my complete satisfaction.

Russell is always ready to listen and to come up with constructive solutions for any questions that I may put to him. Proposito is a company of a size that makes it easy to speak to someone directly and, get quick answers, unlike other larger organisations.

In conclusion I would recommend anyone looking to make sound and safe investment decisions to look no further than Proposito.”